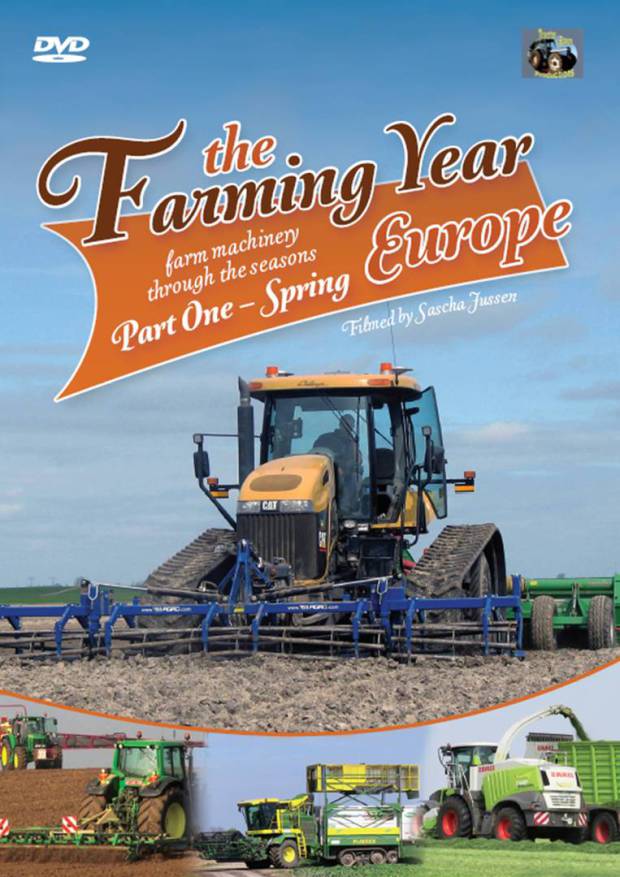 Following on from 2014's hit DVD set The Farming Year which featured farm machinery in action throughout the year all over England, Tractor Barn Productions' next ambitious project is a series of DVDs featuring the same theme of farm machinery at work today but this time in Europe.
Cameraman and farm machinery enthusiast Sascha Jussen has been busy filming scenes in his native Germany as well as in France, Belgium and Holland, to produce a unique DVD series that shows clearly how farm machinery is used throughout the seasons in the 21st century in Europe.
With a host of the latest equipment shown in action along with many older machines that are still to be found working out in the countryside, there is sure to be something for everyone in these action packed programmes. There are also some very unusual machines shown from an early Eicher toolcarrier to 'trike' conversions of Case IH and Deutz Fahr tractors as well as many types and makes of implements that are not seen in the UK.
Part One charts the spring workload with tractors busy ploughing, cultivating and drilling, large self-propelled machines spreading fertiliser and injecting slurry as well as sprayers and tractor mounted fertiliser distributers. As the months pass the crops being planted include spring sown cereals, lettuces, chives, sugar beet, potatoes, flower bulbs and maize while spinach is harvested and the silage harvesting season starts as May arrives.
With a huge variety of tractor makes and models at work and some fascinating equipment including asparagus hillers and roof mounted bulb hoppers, this programme is a real must for anyone interested in farm machinery.
RUNNING TIME: 120MINS APPROX.