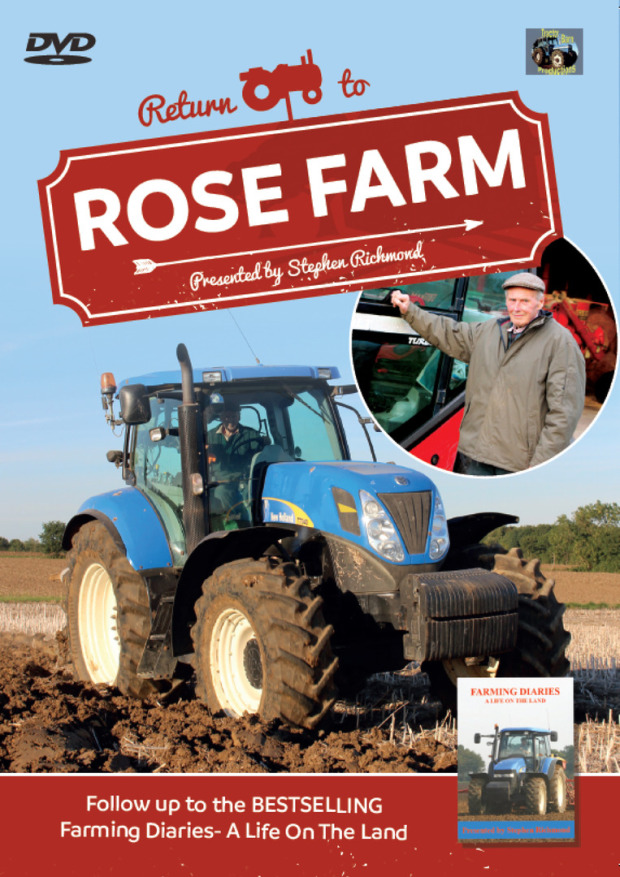 Nearly ten years after we first visited John Want, the manager of Rose Farm, for the DVD Farming Diaries Volume One A Life On The Land, we return to see what has happened since, with new tractors and machinery. Joh, now 77 years young, has always been an advocate of having more power and in this film we find out just how much!

A Life On The Land is still our bestselling DVD and sold all around the globe. In Return To Rose Farm, presented by Stephen Richmond, we follow John through the seasons, but not over one single year, instead we see activity over a nine year period and John himself talks us through his activities and the machinery he is using.

John also discusses early life on the farm when he was a boy and also how he used to use horses for a great deal of the workload. Eventually a different form of horse power is adopted in  the shape of the tractor and John looked for more and power power from then on.

Blue is the colour for John's tractor fleet, something that has remained constant for many years, but some jobs have now been put out to contract and we even see a Massey Ferguson at work drilling oilseed rape, plus what on earth is John doing with a John Deere telehandler!

If you are one of the tens of thousands of viewers who enjoyed the first instalment of John Want's story then this film is a must. And even if you didn't, the story in this second part holds up as a stand-alone tale. It is much more than just farm machinery in action (although there is plenty enough of that), it is also a personal story of farming over seven decades and it may well leave you with emotions that you did not think a farming film could evoke! You have been warned.