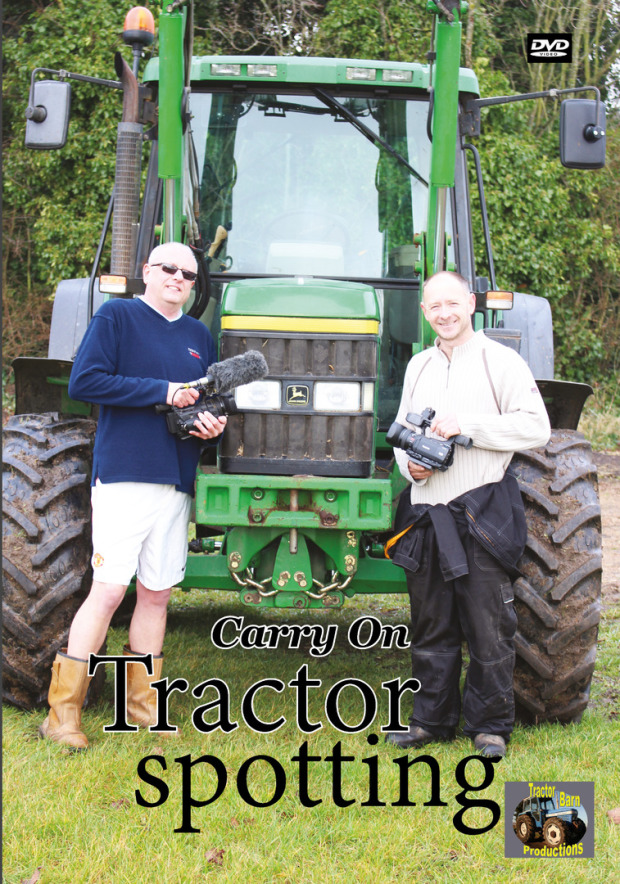 Twenty three years ago two lads from Suffolk made a book.
That book was called ‘Modern Tractors’.
It started something big!

Twenty one years ago they produced their first video ‘Tractorspotting!’
It became a legend!

Ten years ago they started Tractor Barn Productions so
that they could carry on producing DVDs on their favourite subject!

Now, in 2019, this DVD is a unique look back over ten years of film
making - especially the outtakes!

It also includes some behind the scenes footage of filming
‘Tractorspotting’ as well as television appearances from when the first book was
published back in 1996.

Plus we get to see all their own tractors they have owned over the years
in action!

It’s Tractorspotting at another level!

CAUTION! THIS DVD MAY CAUSE FITS OF LAUGHTER!

PLEASE DO NOT TAKE TOO SERIOUSLY!