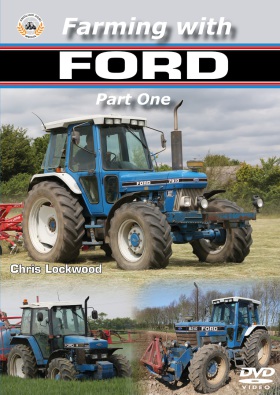 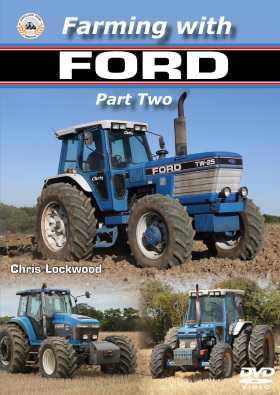 For most of the 1970s and 1980s Ford was the best-selling tractor on the UK market. The Farming with Ford DVDs focus on Ford tractors still hard at work on British farms during 2018. Although not intended to be a full history of Ford tractors, most ranges from 1970-1995 are represented with over 50 tractors shown in total.

Particular attention is given to the legendary 7810, highly regarded for its high power to weight ratio as a lightweight 6-cylinder tractor and an extremely popular model both when new and today. Farming with Ford features seven blue examples and two Silver Jubilee versions.

The films are structured in seasonal order - Part One covers from January through to June featuring hedgecutting, spring cultivations and drilling, potato planting, spreading and spraying, hoeing and haymaking. Part two carries on the second half of the year and includes harvest, baling, autumn cultivations, drilling, hedgecutting and much much more.

Jam-packed with the sights and sounds of classic blue iron hard at work, these DVDs are essential viewing for any true Ford enthusiast.