The second installment of our Working Tractors series of programmes features just as many different makes and models all hard at work doing various jobs throughout the farming year, as in Volume One, but this time we have a theme running through this programme - Massey Ferguson! We look at various MF tractors during this DVD including an early Ferguson TE20, MF 3085 and a 8220 as well as offerings from Ford, Lamborghini, Fendt, Challenger, Doe, John Deere, Marshall and Case IH. Plus of course Stephen's outtakes and a look into our archive film library which also heavily features Massey Ferguson machines. 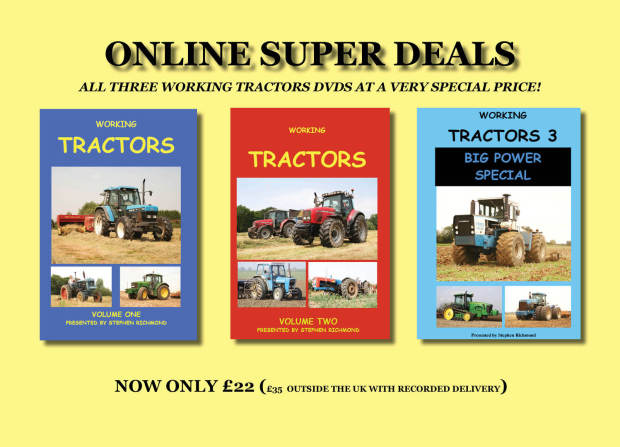