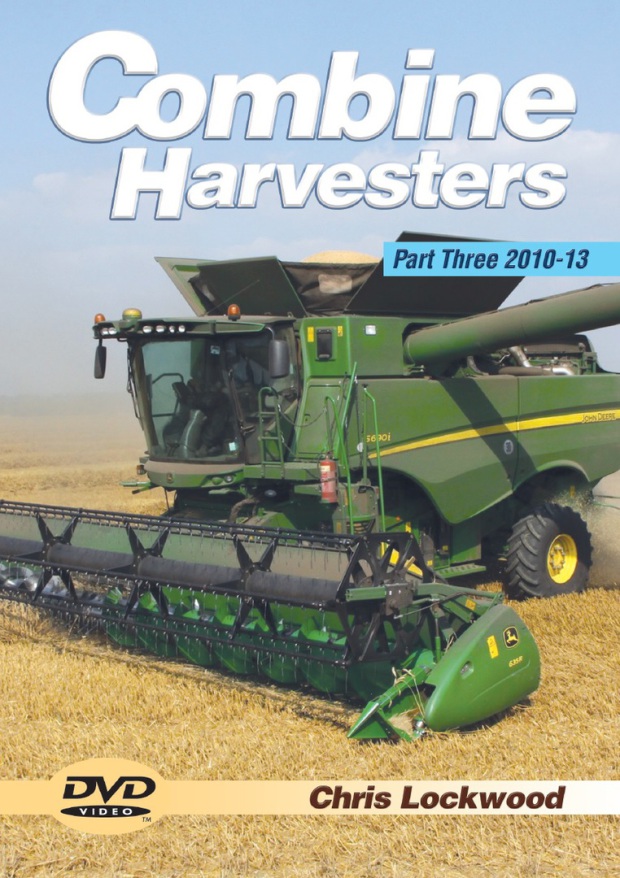 Following on from the highly successful Combine Harvesters Parts One and Two DVDs, Part Three brings things up to date with the latest generations. In total 32 machines are featured, most of which date from the 2010-13 period. Included are some machines from the early 2000s which help explain the development of the current models. In Part Three, Chris Lockwood shows the flagships from the major manufacturers with headers up to 40ft/12m wide including the Claas Lexion 780, Case IH Axial-Flow 9230, John Deere S690i, Massey Ferguson Delta 9280 AL and New Holland CR9090.

In addition, interviews with the owners, operators or farm managers responsible for half the combines featured touch on topics ranging from previous combines to output achieved.

All the footage for Combine Harvesters Part 3 was filmed specifically for this programme, mostly during the 2013 harvest, and all combines are shown at work on British farms.