THE AMERICAN DREAM - Part One - Following The Yellow Trail

This is the amazing story of two brothers from Norfolk who, as well as farming their own acres, also had a driving passion for the wide open spaces of the American mid-west and the wheat harvest. After reading about the custom cutters that harvested from the south up to the north following the ripening wheat with fleets of combine harvesters, the Clarke brothers then came across the 1970s BBC film 'Yellow Trail From Texas' that followed the story of custom cutter Dale Starks on his harvest run, using Massey Ferguson 760 combines. This spurred them on even more and in 2007 they decided to take a holiday in the States and, if possible, track down Dale Starks himself!

Armed with a camcorder they discovered not only Dale Starks, but much more besides and soon found out that although modern combines had taken over in the wheat fields of North America, many farmers were still using old machines that could have come straight out of the film 'Yellow Trail'. The result would change their lives forever!

This programme charts the beginning of thier journey including a harvest event in Norfolk featuring five American Massey Ferguson 865 combines working in a line and culminates in America with the memorable meeting with Dale himself. If you have always found the American harvest trail fascinating then this programme will be for you - mixing as it does contemporary harvesting with that of long ago! 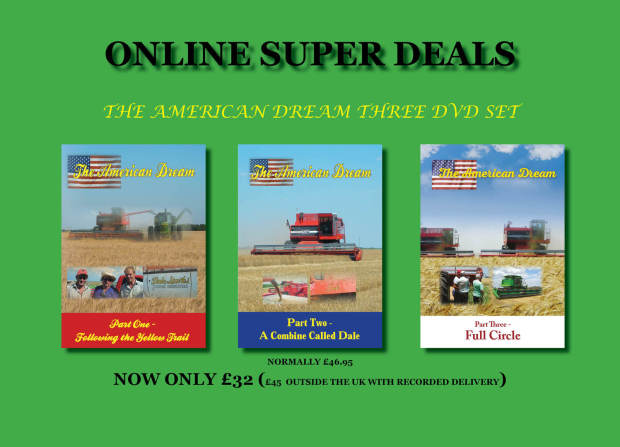