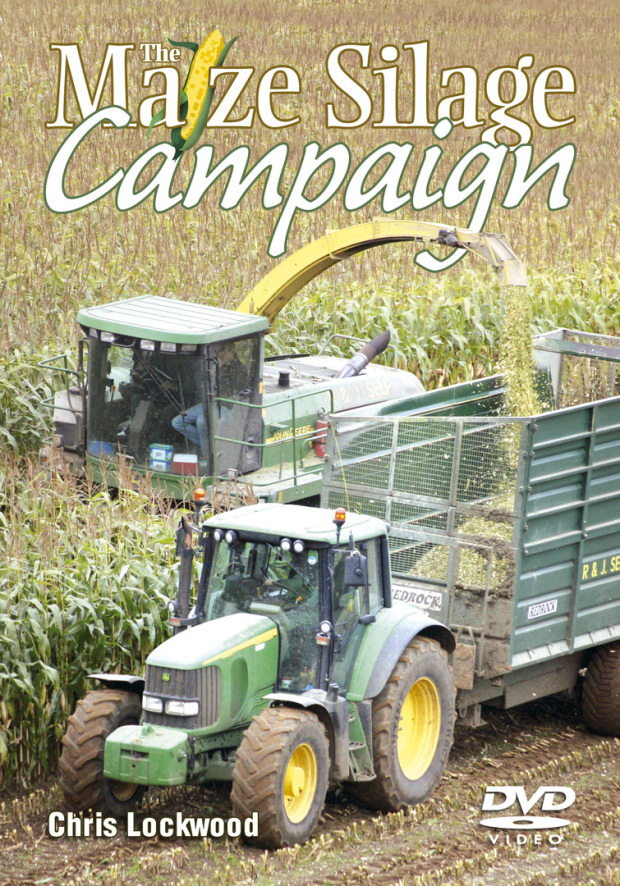 In his twenty-one years of maize harvesting, Suffolk contractor Robert Self has seen all sorts of seasons from the very dry to the impossibly wet. Film-maker Chris Lockwood captured the vagaries of Robert's final campaign, 2008.

This proved to be a reasonable year but even so the contractor had to deal with a variety of crop conditions. After an introduction to Robert Self's enterprise and his machines Chris shows us the harvesting of one of the earliest fields. Then he focuses on the clamp, with a JCB Farm Master loader and tractors rolling. Later in the DVD we see another method for storing silage with a look at an Ag-Bagging machine.

There is some grass work at the beginning of the season and some late maize drilling followed by the harvesting of a tall maize crop on hills close to the river Orwell. In the workshop a continuous programme of maintenance is required, and we take a look at the setting up and sharpening required each day during the season. We see how a field is opened up as well as work at night foraging and clamping. There are details of road transport with custom-made trailers and a look at the history of John Deere foragers. Robert's own model is a 500hp JD 7400. The year concludes with the contractor's last-ever field, a late crop planted after an early cut of grass.