For the best part of a lifetime, Ted Fenner has farmed his small corner of East Sussex. As a tenant farmer he never actually owned the acres he so carefully tended but this did not stop the farm and land becoming almost a part of him, and he a part of it!

We began filming his farming year as he took care of his winter sown crops, fertilising and spraying the wheat, barley and oats. Ted is a great fan of Massey Ferguson equipment and the tractor fleet is all MF, consisting of a 35, 135, 590 and 390.

Haymaking is featured with a New Holland conventional baler before moving onto the big task of the year - the cereal harvest! For this Ted uses his venerable Massey Ferguson 525 combine and the corn is carted away by the 390 and 590 with small trailers - truly a scene from a bygone age! A neighbour turns up to bale the oat straw with a classic Ford TW15 and Claas Quadrant 1200 big baler - a scene straight from the 1980s!

Ted also tells us in his own words about his farm and the farming year, as well as crops of the past, such as the hop harvest.

Sadly the story finishes as the grain is sold off the farm the following year, by which time the farm has been taken over by a neighbour and Ted retires from agriculture. At least he can look back with us on what proved to be his very last harvest! 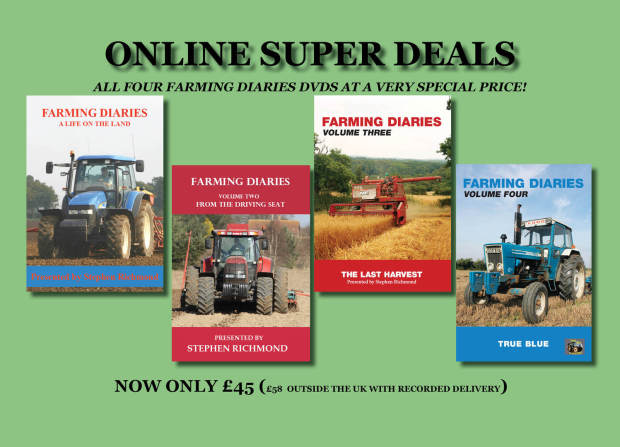